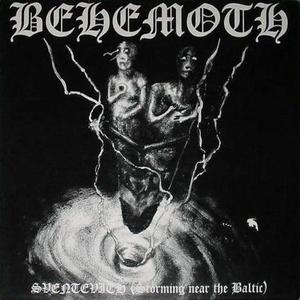 Sventevith (Storming Near The Baltic)

Chant Of The Eastern Lands

The Touch Of Nya

Hidden In A Fog

Chant Of The Eastern Lands Lyrics

In the forest of the Eternal dreaming
Old oak lighted up by the fullmoon's light
The coldness of dungeon torches the inside of wooden maze
From the womb of the mother-wolf I was born
The witches foretold the coming of tragedy
They awakened fright in the hearts of my enemies
In the midnight wilderness I took a pledge
Quickly I fell in love with the taste of steel
For ages waiting for its donudation
The final triumph
The pure barbarity
I howl to the moon to support my battle
The moon, symbol of purity, the essence of beauty
I damn the sun, rising again and again
In brightness of bloody light, steel holocaust
I received hails from the northern side
Of snowcovered Carpathians
The light breath of nightbreeze, as a sign
I summon the iron powers, cavalry of my brothers
From the land of armageddish fields
I am bard of the eastern lands...
I lead my brothers for death struggle
In glory of victory my armies rise
Barbarians tribes with fury of desecration
With axes reach the sky, hiding usurpator in their wings
Call the clouds, desecrating all the holiness
Hurt bodies on the snow, Pandaemonium burns
This battle is a rebellion, rebirth of old traditions
Mythical hell is the paradise to the true warriors
There they attain eternity and sit high on the thrones
Pagan nations became united
Mighty bards received their long awaited silence
Slavs returned to their villages and woods
Pagan frights of heavenly hell dispelled
... I opened the door to the higher than stars knowledge
And took a long walk through the unknown dimensions
As the sign of the fullmoon, in damnations I shall rise